About Pedro and job interest

I am an energetic person who enjoys learning new skills, is hardworking and reliable. In my own time, I enjoy reading, particularly about historical events and learning about the past. I consume many different forms of media such as films with which I organize a personal film club and regular screen films from around the world. Being creative is also a big part of my life and I try to create pieces of media using new skills I learn and develop over time such as vector art, film making, and 3D design. One of my life goals is to produce and direct my own feature-length film. I believe I have the skill and resolve needed to bring my own ideas to life and showcase them to an audience.

Why Should We Hire You?

I am a Media Studies graduate with a specialised interest in the film industry. During my time at university, I produced, edited, and even starred in numerous short films. I look forward to bringing the skills I developed into a practical setting and creating new content for a variety of audiences.

Served as CSR at Dominos Pizza

I am a recent graduate from Nottingham Trent University, in which i obtained a Masters Degree in Fashion Communications. I al...

A pro-active young professional who is passionately committed to delivering top services in the field of marketing, media and...

I am a multidisciplinary and detail-oriented creative with a strong interest in fashion, current affairs, creative writing an...

I specialise in 2D illustration (digital and hand-drawn) and animation and have additional experience in graphic design. I ...

Since I was little, I have dreamed of travelling the world to document its people, places and cultures. Thankfully, I’ve ha...

I'm great at thinking out of the box, and have been creating videos since I was about 8 years old - I've a lot of experience ...

I am a recent graduate with a First Class degree in Modern Languages (French & German) from the University of Oxford. I was b...

I’m currently a third-year student working towards a Bachelor Degree in Broadcast Television Radio. I have experience worki...

I am a visual designer with a product and human-centred design background. A zealous problem-solver and I'm here to help you ...

I am a recent graduate with almost five years of experience working with marketing and communications. I hold an MSc. in Econ...

I graduated from the University of Portsmouth last year having got a 2:1 in BA (Hons) Film Production and am now looking for ...

I am an able, focused and energetic First Class English graduate with developed skills in research, time management, proofrea...

A driven, ambitious individual who’s looking to build a career at an exciting very- fast-growing company. Passionate in mus...

A creative graduate with project management experience within the creative industry. My talent lies in my ability to execute ...

I am a constant, responsible and dreamy girl who always fights for what she wants. I stand out for my resolution capacity as ...

Currently working as an Image Editor (stills) for a Film and Photo Studio in Central London. I have been doing this for 5 yea...

I am a passionate young person who is actively looking for internship and job opportunities since I am ready to gain knowledg...

Sports Management, marketing, IoT, understanding data and analysis on a day to basis. I read books which are based on how the...

A recent Interactive Media (BSc) graduate with a First-Class degree from the University of York, looking to pursue a career a... 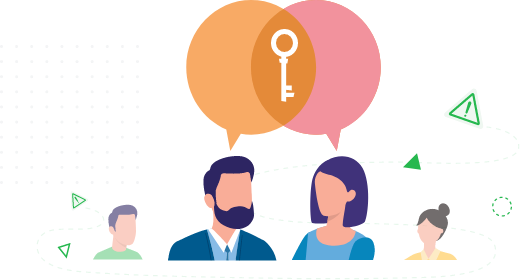